Despite the Holy Grail war being in progress, Shirou continues to go about his daily life as if nothing has really changed. But obviously, these peaceful times won’t last for much longer as the war continues! 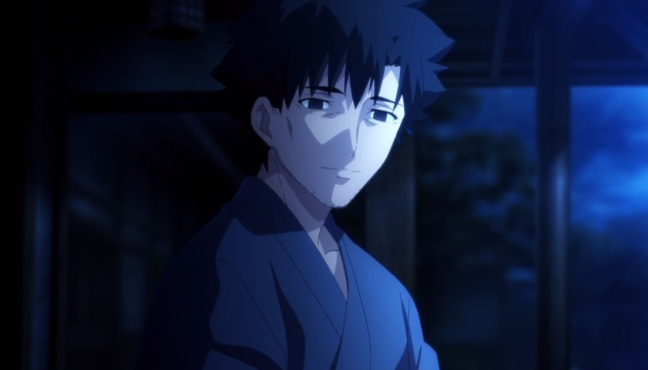 We get some more insight into Kiritsugu. He was once like Shirou, wanting to protect everyone and be a hero. But he awoke from his dream when faced with reality. You can’t always save everyone, and sometimes sacrifices have to be made. Hearing Shirou wanting to carry on that dream put his heart to rest. Maybe it’s just hearing those words come from out from the innocence of a child, or maybe he can hope that Shirou will be able to accomplish what he failed at. 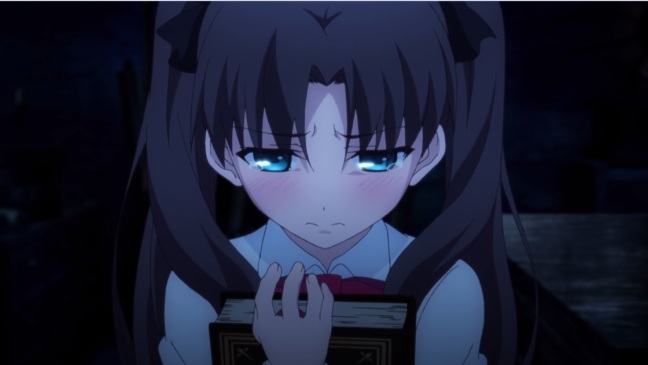 Kiritsugu raised Shirou with a lot of love and care. Rin was shocked to learn that Kiritsugu did not pass on his magic to the next generation. While she saw that as being a bad magician, it shows how great of a father Kiritsugu was. Rin was forced to inherit her magic and had high expectations to succeed. Kiritsugu on the other hand, raised Shirou as a normal kid and didn’t force anything onto him. He prioritized being a dad over his duties as a magician.

Shirou’s sense of justice kicks in yet again upon returning to school. After hearing about the disappearance of Mitsuzuri, he begins searching for answers. Even though this doesn’t necessarily concern him, he chooses to dig his nose into it. 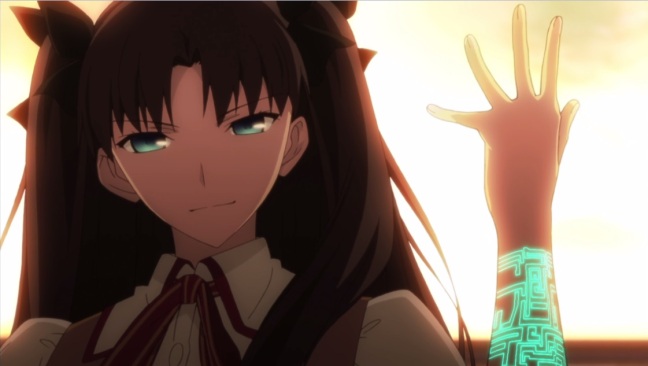 While Shirou is busy trying to be a hero, he bumps into Rin after his grace period. While she claims that she intends on killing him, she still shows some hesitation. Instead of killing him, she offers him a proposal, to forfeit his command seals rather than killing him. I guess it’s possible that she went after him because she’s annoyed at how lightly he’s taking everything. He’s going out in public without his servant despite there being a huge target on his back from other masters. Maybe she’d rather not see him get killed in the war from his naivety, but if he must die she’d rather take him out early on so he doesn’t have to suffer. 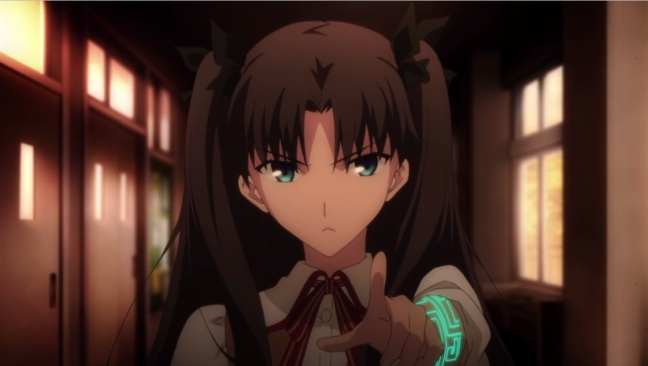 I’m leaning towards Rin causing such a commotion because of her annoyance with Shirou. Earlier on, she stated how she tries to avoid being noticed, and keeping civilians out of it. Yet here she is, destroying school property before the sun even sets. Even if students were urged to rush home, they’re still fighting in a public space which is risky.

Their little game of cat and mouse is quickly interrupted when Rider makes her appearance. Shirou protects Rin, despite her being after his head a second ago. All that we can tell so far, is that her master is a male student at their school, and is a coward. He targets innocent bystanders, and uses them to strengthen his servant. He hasn’t been battling the other servants thus far, rather he targets those who are vulnerable. 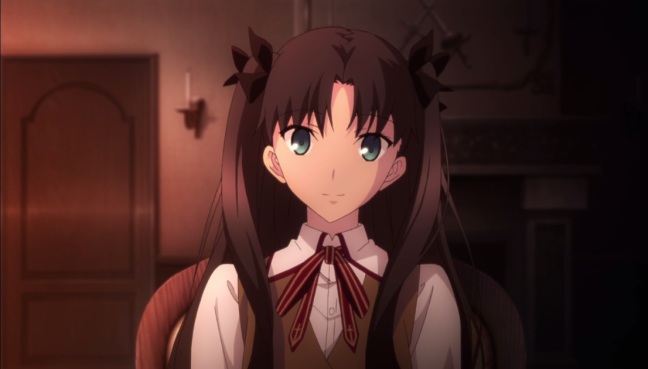 This sudden appearance makes Shirou and Rin call a truce once again. Frankly, it never seemed like Shirou had any intentions of fighting against her, so this works out better anyways. With there being another master at their school, it looks like Saber and Archer will have to keep a closer eye on their masters. With so many innocent bystanders around, it’ll be difficult for Rin and Shirou to deal with this master.