I’m surprised that kids are still attending school. Even if they aren’t aware of magic, everyone mysteriously fell ill and sections of the building were destroyed. Not to mention the recent crime sprees going on, you’d think people would be more paranoid!

As a servant, Saber has a lot of respect for her peers. Even though she never met Rider, she had a great deal of respect for her since she died protecting Shinji. Archer, being the realist that he is, basically mocks her for it. He could care less about honor and chivalry. It seems like he views are rather black and white (either you are, or you aren’t). He doesn’t think that Rider is worth respecting since she died without much of a fight, thus calling her a coward. 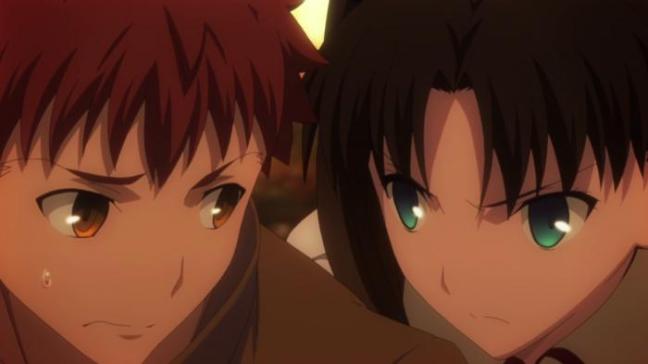 Arcber’s behavior has caught Rin’s attention. He’s been awfully snappy since his encounter with Shirou. He didn’t rush to Rin’s defense either, despite being able to sense the danger. He’s been getting on everyone’s nerves with his condescending attitude. Rin was set on winning the war, but as she spends more time with Shirou, she has really opened up to him. She’s at the point where she seemingly values her relationship with Shirou more than winning by taking his side over Archer’s. 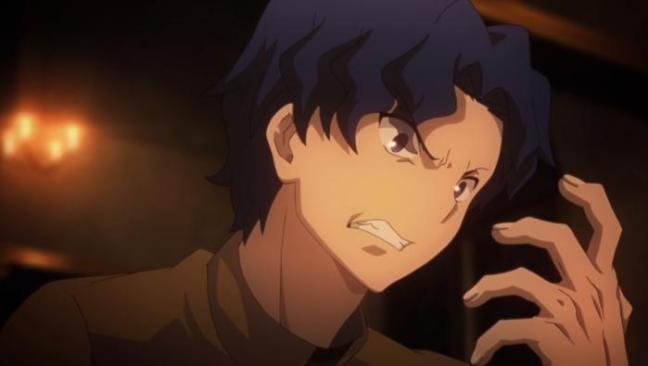 With Shinji running to Kirei, I could make a priest joke, but I think it’s been done to death already. I wanted to give Shinji the benefit of the doubt, and believe that he is a decent person at heart. He is under some pressure from his grandfather, but he just seems delusional. He genuinely believes that he is god’s gift to man and then deflects any blame from himself. He feels that the only reason he lost is because of his servant, not because of his own actions or decisions.

Kirei’s eyes seemed to light up after hearing Shinji’s story. Rather than doing his job as an overseer, he manipulates Shinji into continuing. He also eggs him on by making him feel inferior, being the only person to seek protection after being eliminated. Shinji being as delusional as he is, thinks he’s getting a second chance. Kirei feeds Shinji’s ego by offering him an even stronger servant when, in reality, Kirei is likely just using him for his own amusement or goals.

Going back to Caster’s investigation, Issei becomes a possible suspect. Seeing how his last name is Ryuudou, there’s a possibility that his family is connected to everything. Seeing how Caster made the Ryuudou Temple her homestay, Issei could be welcoming her with open arms, or being deceived by her. The latter wouldn’t be too surprising seeing how sneaky and controlling Caster was.

Shirou begs Rin to let him handle the interrogation. He wants to give his friend the benefit of the doubt, and doesn’t want Rin to unleash her wrath on him. Lucky for her, Shirou can handle his investigation in a very discrete manner. He definitely got to the bottom of it without raising any suspicion! 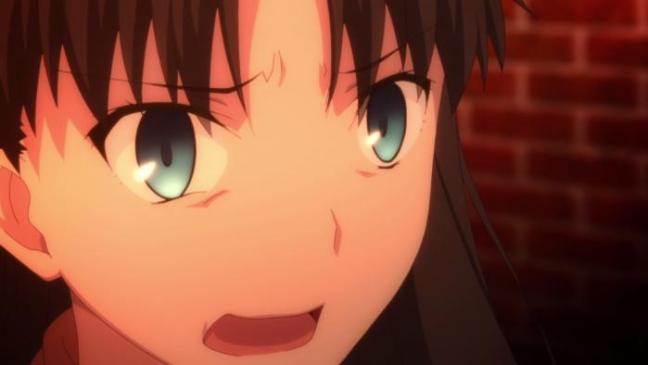 After his smooth interrogation, Shirou tests out his spying abilities by checking up on Sakura. While the mysterious gold haired man makes another appearance, the key take away was Rin’s question. A hypothetical question is never hypothetical. The scenario she describes is likely part of her life and she feels guilty for what happened to this “hypothetical” girl. 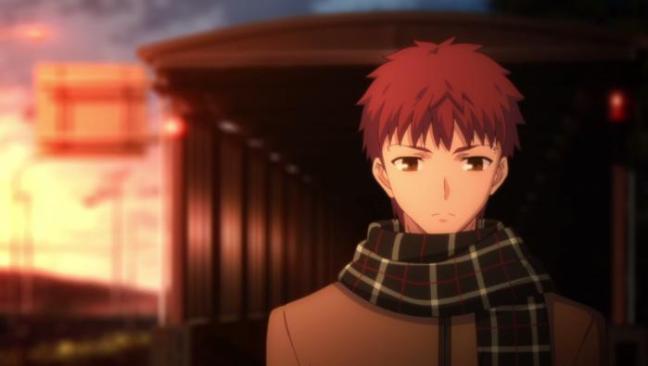 Listening to Fuji-nee talk about Shirou’s childhood, you get a good feel for his character. Even now, her description of him still matches. His biggest weakness is his kindness. People easily take advantage of him due to his trusting nature. He also has a very black and white view on white is right and wrong. He fights for justice which may be pretty straightforward when you’re a kid. But once you grow up, right and wrong become clouded and aren’t as simple as they seem.

I think it’s interesting how much Kiritsugu had changed from Fate/Zero. Without going too in depth, he was seen as a cold man who believed that the end justified the means. I would say he had a black and white view, as long as the goal is achieved, then it was the right decision in the end. Yet several years later, Fujimura describes him as one of the kindest and understanding people.