An army of bald men begin attacking the city in protest and unfortunately, Saitama has no choice but to get involved!

For the first few episodes, we mainly saw Saitama face off against weird creatures, creations and monsters, but now we have some normal humans as the bad guys. While surely no one can match up to him, there is technology available that can make them less fragile. 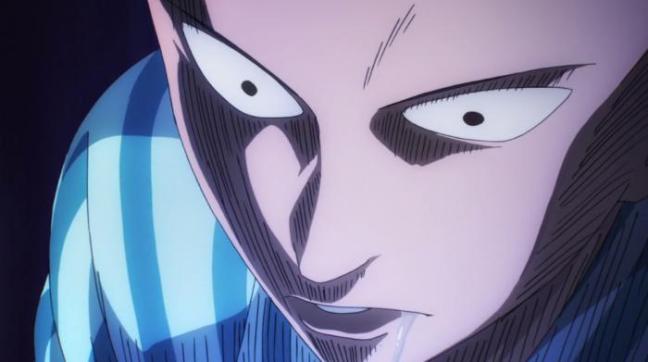 The Paradisers are being led by Hammerhead, a man who faced similar problems that Saitama himself faced. He was sick of the injustice in the world. Struggling to find work to make ends meet while the rich can control everything by doing nothing. They also have the fact that they’re all bald in common, which forces Saitama to take action before his reputation is ruined.

Meanwhile, Mr. Monier is being targeted by the Paradisers, but he has an ace up his sleeve. His hired personal body guard Sonic is a ninja with superhuman abilities like many other beings we’ve seen in this universe. Sonic is voiced by none other than Yuuki Kaji, the best person possibly for voicing angsty characters. While Sonic is indeed strong, he definitely has a bit of a psychotic vibe to him. He gets incredibly worked up over strong opponents and can’t seem to control himself. He easily takes out the Paradisers while Hammerhead escapes and bumps into Saitama. 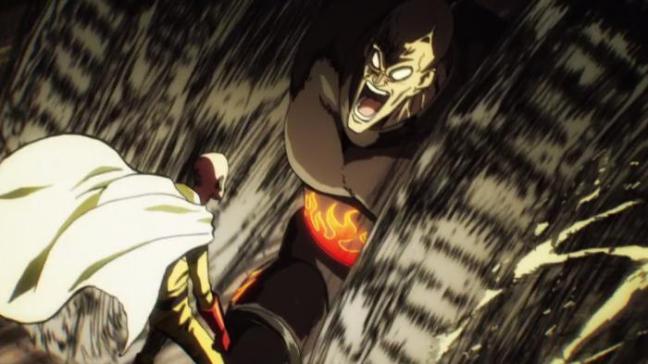 Saitama just wants to calmly talk this out and get these guys to stop causing trouble so he can continue doing what he does. After seeing his childish attack, Saitama begins to sympathize with Hammerhead, seeing how similar they are to each other. They’re both bald, use the spin attack and both struggled with unemployment. If Saitama had a slightly different mindset, he could have easily been in the same position as Hammerhead. He decides to let him off with a simple warning since he can see that he’s not a bad person, he just took one misstep in life. 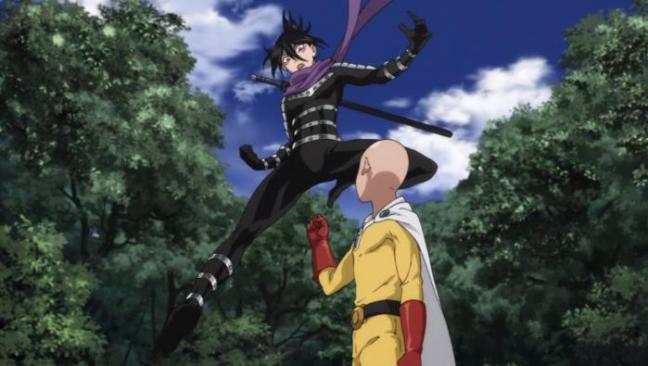 Sonic isn’t too pleased about this since he has never allowed his prey to escape before. Seeing Sonic’s reaction to meeting Saitama, he seems like the kind of guy who can easily be manipulated in the future. He only went after Hammerhead because he wanted to fight strong opponents and the fact that he was being paid as a sort of mercenary. After having his attacks blocked by Saitama, he gets even more excited to the point where he castrates himself on Saitama’s mighty fist. 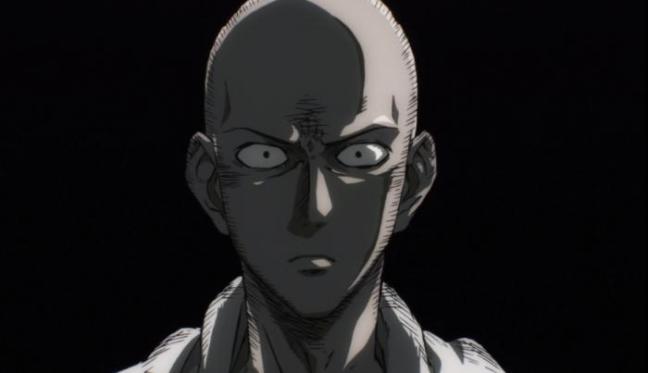 After heading home, Saitama is a bit depressed. Sonic’s lack of knowledge of him really stung. Here he was, saving the city for three years and it just hits him that nobody knows who the heck he is. His work is never mentioned in the news, or when it is, someone else is given the credit. This leads to Genos bringing up the Hero Registry which Saitama has never heard of. All this time, he has been running around and defeating enemies as a hobby when he could have been doing this as a full time job and earning a living!

While Saitama and Genos go off to the registry, we can see some more enemies lurking in the shadows. Again, I’m not too hopeful that they will pose any sort of threat to Saitama, but every single battle has been entertaining thus far!

You can watch One-Punch Man Episode 4 on Daisuki.net