Despite there being a ton of healing this series, it definitely looks like we’re heading to a more depressing ending.

Kousei continues trying to avoid being around when Watari and Kaori are together. His own insecurities always lead to him feeling hurt. It pains him to see the girl he likes get along so well with his friend. Even if things are going well with him and Kaori, he can’t seem to have confidence in himself, and instantly gives up to Watari. 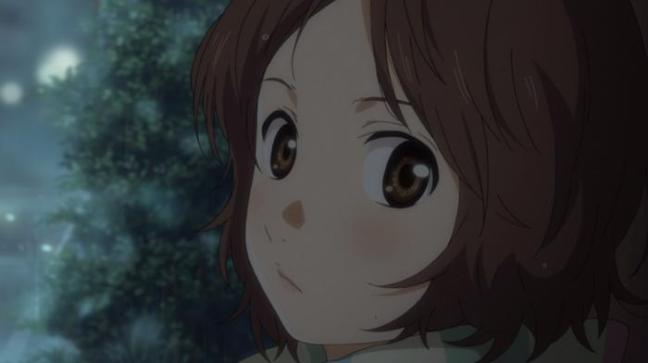 Tsubaki being frustrated with herself finally throws all of her cards on the table. She stops beating around the bush and confronts Kousei. Making him acknowledge that he isn’t visiting Kaori because of Watari, she tries to force him to admit his true feelings. She’s been in denial about it herself for so long, it seems like she needed that little push of hearing Kousei admit he’s in love with Kaori in order for her to come clean. 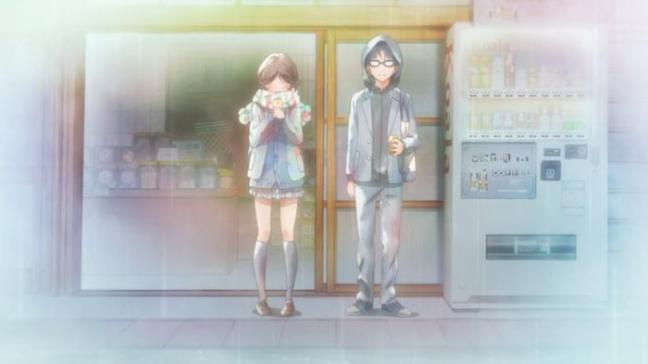 As she’s belittling him out of frustration, Kousei just accepts everything she says, even if they’re not true. She says any girl would pick Watari over him, which shows her that Kousei never saw her as a girl. There’s a girl right beside him who has always been by his side and continues to try to get closer to him. She blurts out her feelings, and then runs away, almost as if she were declaring a war for Kousei’s attention. Kousei is caught off guard and finally opens his eyes to this girl that was by his side all along. 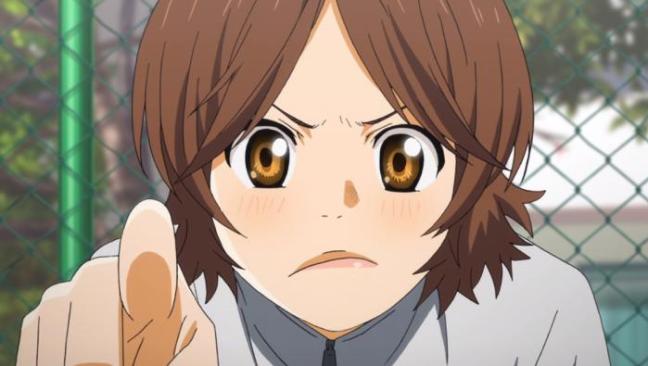 With that confession, Tsubaki can finally move forward. Rather than being afraid and keeping their relationship as is, Kousei will have to begin seeing her in a different light. Unlike the others, she can’t convey her feelings through music. All she can do is try to catch Kousei’s attention through physical means, hoping her feelings can reach him. 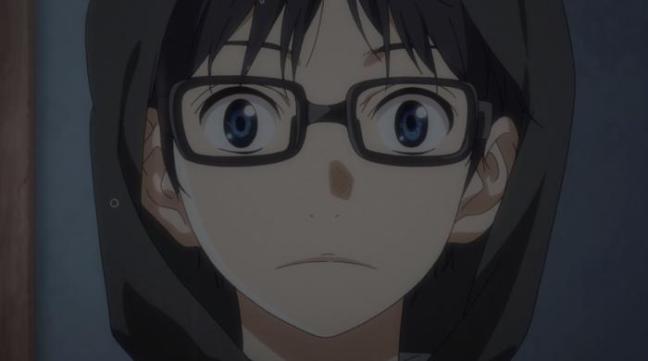 Kaori tells Kousei to not visit once again. At first he gets depressed again, thinking Watari has filled his role. After Kaori calls back, he realizes that she’s looking for him, and there are things that only he can do for her. He finally gets the courage to visit her with Watari, but her condition looks grim. He’s finally brought the promised caneles to her, but once again he isn’t able to give it to her. 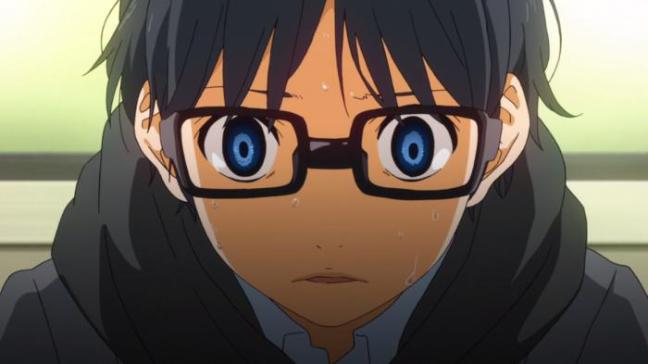 After leaving the hospital, he finds the poor cat that he was familiar with had been struck by a car. He always compared Kaori to the cat. With the cat dying, he relates it to Kaori’s condition and breaks down. He’s known about her sickness for a while now, but her bubbly personality always offset it. Seeing her in that state was a huge wake up call that she might not survive.

With all of the recent events, I wonder how it’ll affect Kousei. He’s come a long way since the beginning of the series, but he’s about to experience even more tragedy. I’m sure he’ll feel even more guilt for not visiting her sooner. He made a promise to bring her caneles, giving him a reason to visit. He put it off for far too long and things are looking grim for Kaori.

Overall, there were a lot of beautiful moments in this episode. I loved the sound of the rain falling as Tsubaki built up the courage to confess to Kousei. There were a ton of great soundtracks used throughout the episode that made those touching scenes all the more beautiful.