Well, the first week of the new season has already begun so it’s time to whip up another first impressions post! There are still a few series that have yet to air, but I’ll cover them with my mid season review post later on. With that said, let’s dive into some anime! 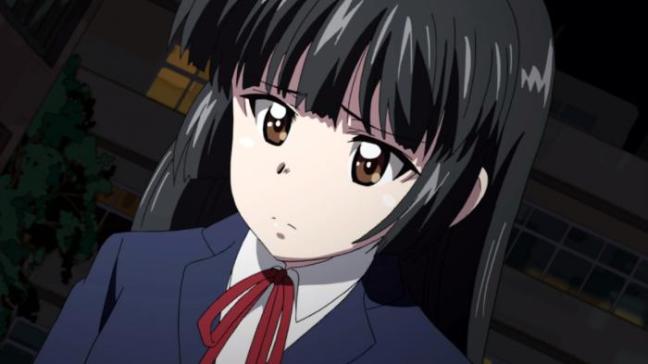 I was a bit off put by the animation. Despite being produced by A-1 (Shigatsu, Nanatsu no Taizai), there’s a huge difference in terms of their quality. It just doesn’t seem to flow that smoothly. Aside from that, the art style reminds me of early 2000 anime.

For the story itself, I found it to be pretty fun. An otaku becomes a teacher and reaches out to troubled students. I get that it’s an anime, but you kind of have to question the boundaries that he crosses as a teacher (stalking and bullying his students to get his point across). Maybe it’ll pick up in later episodes, but I’m not a huge fan of the series as it stands.

A surprise so far me this season. While I’m not really into the whole fantasy genre, DanMachi is giving off similar vibes as Sword Art Online and Log Horizon, with a less serious feel to it. We have Bell who goes off on into the labyrinth and stumbles upon a pretty girl during the process. I’m assuming the story will follow his progression through the labyrinth and trying to pick up girls along his way.

I’m really digging JC Staff’s art and animation for this series, as well as the characters. They can be a bit hit or miss with their animation at times, but DanMachi looks very clean. Having Matsuoka Yoshitsugu as the main lead also helps me develop a connection with Bell. He generally voices an angsty, somewhat perverted main lead which is what Bell appears to be.

I did a longer write up earlier where I went over my thoughts on the episode. I don’t have much else to add. Fate is still Fate. It might not be the easiest series for someone who is new to anime, but I definitely love the animation, action, the story and the characters.

The first season felt a lot more laid back as we were being introduced to the world and the characters. We were introduced to a survival game, but most parties were taking their time with preparations. Things finally started to come to fruition towards the end of last season and the time for fun and games have come to an end. 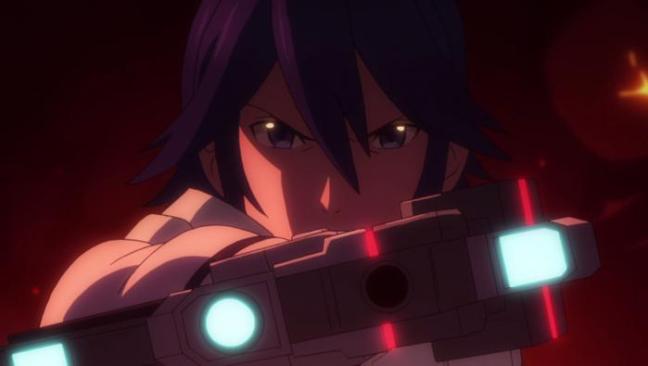 Being based on a game, I wasn’t expecting too much from it. Animation was decent for the first episode, but I was just left feeling confused. After watching the episode, I was just left with no real thoughts on the episode and didn’t find anything really memorable.

Since it’s a game adaptation, I can only assume a lot of the story will revolve around in game mechanics.

It’s back! Another season of Kiniro Mosaic to follow the life of a foreigner, Alice, living in Japan. It’s based on a 4-koma, so there’s no real continuous plot in the series. It’s just a relaxing and innocent slice of life. If you’re ever feeling stressed out, just watch an episode of Kiniro Mosaic, and have all your stress melt away.

KyoAni never fails to disappoint in making gorgeous anime. Another music anime, but this time the focus is on brass band and more orchestra types of music. I can see Hibike being an uplifting series. The series starts off with Kumiko’s school failing to make nationals. While everyone was happy that that they did better than expected, one girl was completely torn up for not making it.

Now, they’re in high school at a new school with a mediocre concert band club with members who dream of making it to nationals within it. I guess we’ll follow the group’s progression as they struggle to grow and make it as a band. 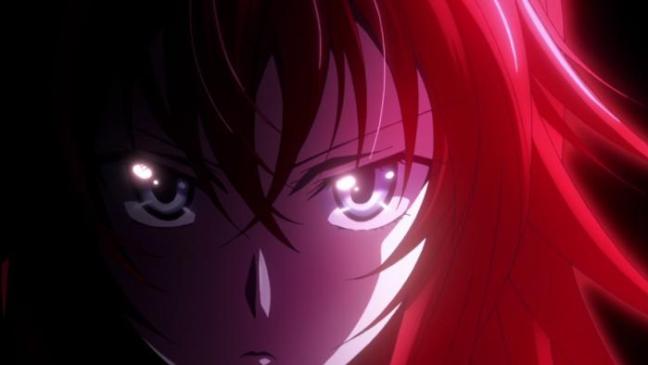 DxD starts off just like last season, some glorious fan service within the first second of the show. There was a lot of switching between actual story development, and Issei being Issei. One second, we have the girls teasing him, while others we see some of their insecurities beginning to surface. Not much really happened this episode until the end, which begins to set up for the main story arc of the season.

I was a little disappointed with the ending. While the song is catchy, there wasn’t any special animation to go along with it, like the previous ones. Instead, we just got a montage of normal clips. If you’ve watched DxD in the past, you’ll know that the ED animations were one of the best aspects of the show! Who knows, maybe they’re saving that for the second half of the season just like they did with NEW.

I have to say, it felt weird seeing Nagato being filled with so many emotions. This takes place in an alternate universe, the one where (I believe) Haruhi never met Kyon, and they attend different schools. Nagato is the main lead here and she has a completely different personality. Rather than being the cold and quiet girl, she’s incredibly shy and flustered.

I don’t really see any similarities between this one and the original Haruhi series given how different the atmosphere is. I think it’s a great series for those who have an attachment to the franchise, otherwise it’s pretty much like any other high school romantic comedy series.

This is another series which I’ll be covering separately for the season. There were a couple of details that bothered me (like the conditions for the virus), but it’s only the first episode, and there’s definitely time to learn more about the reasons behind them. The premier was pretty similar to Attack on Titan’s. We see the main character, Yuu, having to grow up in a confined society, while dreaming of being free one day. Unfortunately, tragedy strikes before that happens, which he fuels him on his quest for vengeance.

I wasn’t completely blown away by this episode and thought it felt slow until the later half. Hopefully the show pace picks up a bit more as we head further into the series.

Shokugeki no Souma is an over the top cooking series. One of the more fun series of the season. We have Souma, who aspires to surpass his father’s cooking abilities and run his own restaurant someday. His dad suddenly decides to take off though and sends Souma off into a cut-throat cooking school.

If you’re a fan of cooking, or watching people eat, then this show is probably for you. I’d advise that you watch it alone with headphones plugged in since the eating is quite intense. 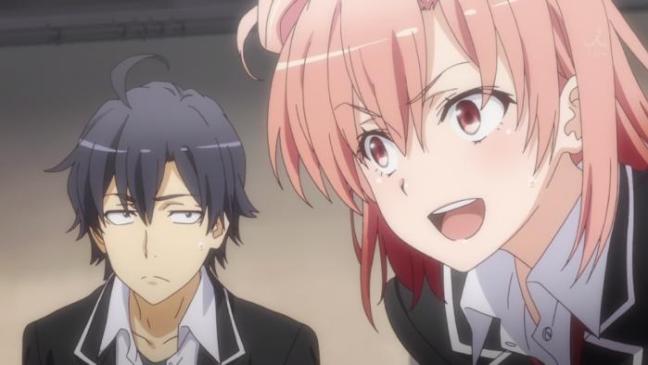 OreGairu is back! The animation is pretty different from the first season, and I think it’s a huge improvement. It feels more like your modern anime with the shiny characters and sharper colors.

I really missed hearing Hachiman’s inner monologues. Being such a cynical person, he over analyzes every little detail that most people would probably over look. Whenever you’re nervous, or socially awkward, you tend to over think things, and read too far into everything.

This was a refreshing series to watch. While I’m not the biggest fan of shoujo series, Ore Monogatari takes a less seen approach to the genre. Rather than having a cocky, abusive, but double-sided male lead, we have a genuinely nice and insecure guy. Takeo may not be the most handsome boy around, but he definitely has a big heart!

Just watching the premiere, I felt all warm and fuzzy with how innocent it was. Poor Takeo can’t catch a break when it comes to his love life, until he saves a girl from being harassed. Even then, he continues to doubt himself and tries to help his friend out, even at his own expense.

There you have my quick Spring 2015 anime first impressions. There were definitely a few other series I took a look at (Triage X, Plastic Memories, and Re-Kan!), but I didn’t watch them as closely as I should have. If I had to pick my favorite series so far, they’d have to be Fate, Ore Monogatari and OreGairu Zoku, but it’s still far too early to call it!