I guess Kirito redeemed himself a bit, he actually spent some time with Asuna before she left! Even if it wasn’t a private date, it was pretty close with only Agil supervising them. It was nice to finally see Asuna get some of the spotlight after two full cours!

Even though Sword Art Online caused a lot of psychological trauma for many of the players, it also provided some therapy for others. Aside from the fear of dying within the game, people were able to live out their dreams in this virtual world. Now that ALO has included various elements of SAO in it’s expansion, Kirito and Asuna can continue to live out their fantasy world.

Asuna has a lot of stress in her real life. Being the daughter of an important figure, she has a lot of duties to tend to. Even back in the first season, Asuna wasn’t necessarily happy with her real life and didn’t mind the consequences of SAO. Her father had tried to wed her off in the past, and still continues to do so. It seems kind of weird that finding suitors is still a thing in the world of Sword Art. They’re well into the future yet these traditions still hold. 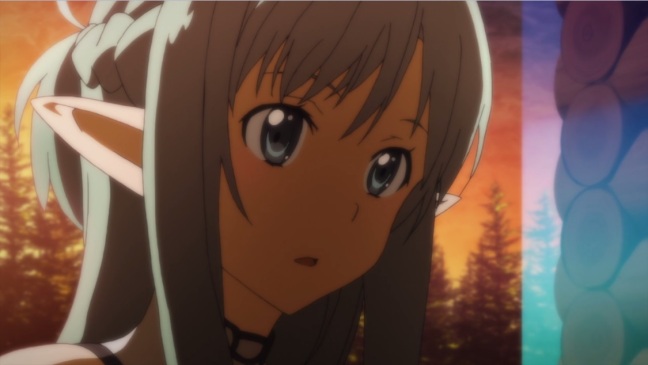 Knowing about Asuna’s past, it was nice to see her relive her dream. Since the days of SAO, she never really got a chance to be at peace. First she was held captive by Sugou, and then Kirito went off on his own. Now she can finally return to that fantasy world which she loved so much. 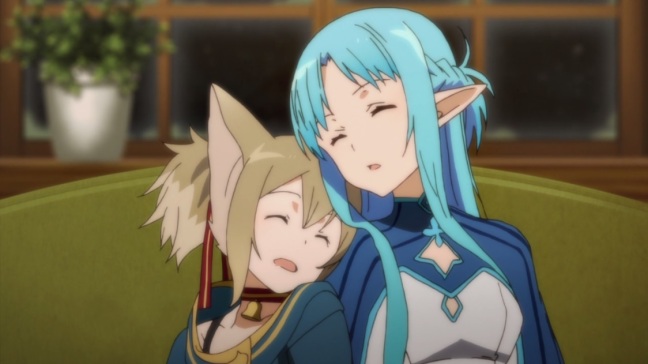 I still find it a bit weird that they eat, do homework and sleep in the game. I mean, whats the point of going into a game when you could just do these things in real life! But this is just the type of world they live in. Virtual reality has become a second world or even the primary world for many.

While it’s nice to see everyone enjoying the down time, it looks like we’re finally setting up for the next arc. The mysterious Zekken appeared out of no where, and is making a name for themselves! They even managed to take down the almighty Kirito, which has to mean something! It looks like this next arc will focus more on Asuna, which I feel is welcome. It’s been awhile since she played a major part in the story, despite being a main character in the beginning.

You can watch Sword Art Online II episode 18 on Crunchyroll, Daisuki, and Youtube