I’ll try to keep the majority of this post anime focused. This is one of those times where I regret catching up on the manga since I can’t help but compare how the two differed. I’ll probably do a longer post next week to go over my thoughts comparing the two and perhaps a review of the series as a whole (now that the manga has “ended” as well).

After the CCG arc, Kaneki was determined that he’d be the one to change everything. He was still naive though now that he’s seen more of the ghoul world. He was lucky to reside within Anteiku but the world isn’t as nice as they made it to be. Kaneki is insignificant in the grand scheme of things. He’s cast aside by Aogiri (considered worthless) and reduced to a mere play thing for Yamori. 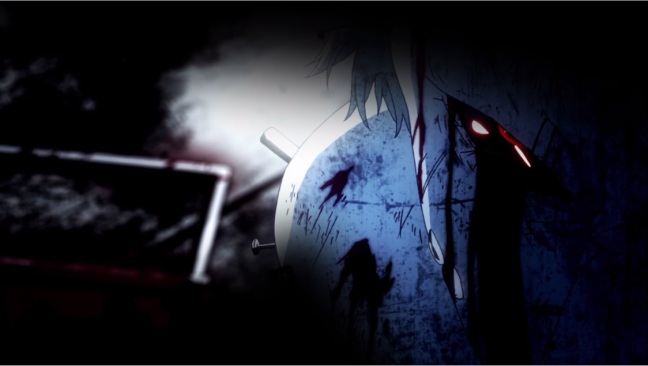 Yamori was once in a similar position as Kaneki. The weak are trampled on and those who are strong have all the power. However, surviving the torture made Yamori that much stronger (and crazy) since it would change the way he viewed the world.

He brings Kaneki to the his breaking point by driving him insane. Forcing him to suffer immense pain that would killed any normal person. However, the inner ghoul prevents him from dying and being freed of the suffering. It’s much more mentally exhausting to be subjected to the pain and having no way out of it. Not seeing Kaneki’s face this entire episode makes it much more painful to see him suffer. From the sounds and his reactions, one can only imagine what he looks like after enduring all that. Leaving the visualization up to the imagination definitely made it painful to watch his torture.

It seems that suffering makes people stronger. Juuzou (without spoiling too much) had a rough upbringing judging by his scars, Amon had past trauma with ghouls, Yamori was on the brink of death on a daily basis, and Ayato watched his parents die for no reason. Kaneki has had a rather peaceful life, but after experiencing this, maybe he’ll truly awaken and begin to seek power like everyone else.

Amon refuses to die until he’s avenged his fallen mentor. While I hated Mado’s character at first, seeing things from CCG’s perspective really showed that he was an important person. He too suffered tragedy in his life but used it as fuel for his revenge against the ghouls. He taught Amon everything about being an investigator and entrusted him with his collection.

Yoshimura has also finally decided its time to intervene. Up until now, he’s been a pacifist, trying to avoid any confrontations if possible. You have to wonder though, why did others fear Anteiku? Seeing how strong Aogiri and the Gourmets are, everyone seemed to respect Anteiku’s head. At the end, we see the appearance of the One-eyed Owl, so one can only assume Yoshimura has something to do with it. Owl is the most feared ghoul and would explain a lot about Yoshimura’s mysterious past.

It’s hard to believe that there’s only one episode (and one chapter) left for the series. At this point, they’ve set up battles all across and only 23 minutes to show everything. Owl vs CCG, Touka vs Ayato, the three stooges (Yomo, Tsukiyama, and Uta) vs Noro, and Kaneki’s whole dilemma still need to be concluded. It’s been a fun ride, but unfortunately, everything comes to an end next week!

I’ll just briefly touch on my thoughts regarding how they adapted the torture scene, so non manga readers, beware! I was really disappointed at how short they cut Kaneki’s torture. I thought this was one of the most iconic parts of the series for me since it starts Kaneki’s descent from a hero to a tragic one. His inner monologues really developed his character further. From an anime standpoint, Kaneki is basically your typical whiny MC who doesn’t actually do anything, even though it was the complete opposite in the manga. The reason for his torture and events leading up to it were completely cut out which makes his character feel a lot weaker. Anyways that’s it for my rant (for now), but I’ll touch on this more after the series ends!