For the hell of it, I renamed this series of posts as the Weekly Fall 2014 Anime Review because I think it has a better than ring to it than weekly round up. Since I was pressed for time, I reviewed fewer series this week, but tried to go further in depth. Enough with the filler chit chat, and enjoy my write up on this week’s anime!

We see Kousei’s mother through his perspective. Being such a young prodigy, he was suspect to harsh criticism from the public. Even though he was talented, people would associate his mother’s intense coaching with his performances. It’s almost as if he’s never played the piano for himself, he just regurgitated what was in front of him. While his mother seemed like a tyrant closer to her death, she seemed to have a brighter atmosphere prior. She felt a lot more comforting and loving as she taught Kousei how to play the piano. I’m guessing that there’s more to her story and it isn’t so one-sided.

Kousei has lived a rather peaceful life since retiring from piano. He didn’t have to deal with the pressure of performing perfectly, and he was no longer in the spotlight. Leading up to the performance, everything begins rushing back to him. He tries to find comfort by going back to what his mother left him. Instead, Kaori directs him into a new way of seeing things, just play his heart out and have no regrets.

Mid performance, Kousei begins breaking down again. He can’t overcome this mental block. Whenever he plays, he’s haunted by his mother and begins zoning out. When he’s on stage performing, he feels like he’s alone, at the bottom of the sea. Perhaps it was due to his mother always guiding him through his performances. Everyone compared him to being a puppet that his mother controls. With his mother gone, he loses all sense of direction and can no longer play.

Kaori’s presence in his life has reignited his passion. Without exchanging words on stage, he can read her thoughts through her music and movements. She’s like the shining light in his life that saves him from the darkness (as corny as that sounds). It inspires Kousei to just play his heart out without looking back, and he almost steals the spotlight from her! The two play to their hearts content and leave a lasting impression on the crowd.

At the end, Kaori collapses, which worries me. It looked like she had possible health issues after a couple of signs which I mentioned last week. Hopefully it’s nothing too serious, because I don’t think I can take any more depressing stories (Akame ga Kill, and Grisaia did a number on me). 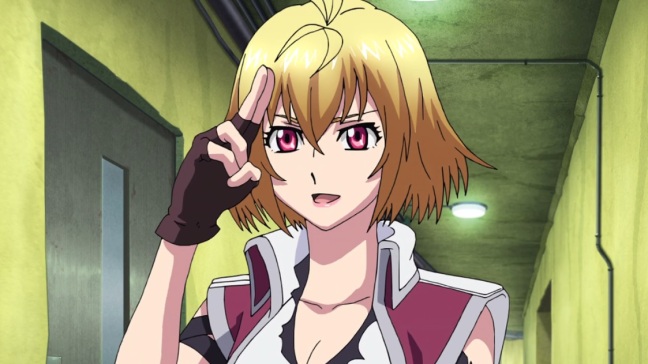 I just love how Angelise did a complete 180 with her character. She’s done crying about how her life sucks and has finally taken charge. She threw away all of her worldly desires and is completely focused on survival, and survival alone. She’s completely self centered and is drawing the attention of the other girls, and not in a good way. She’s even ignoring the girls who respect her and want to become friends. But Angelise could care less about her peers, she’s just happy to be alive at this point. 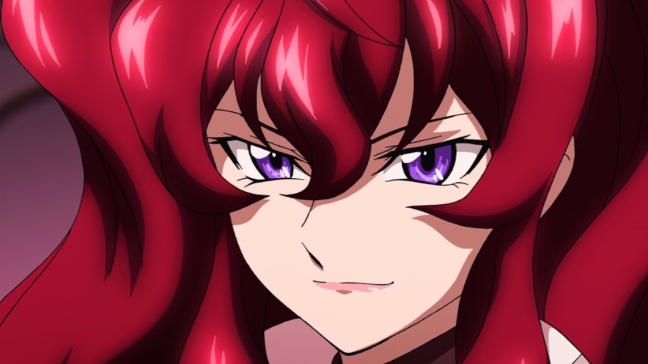 With Zola being gone, there’s a void to be filled (not trying to make a yuri reference here). She was a dominant authoritative figure who had the respect of all other Normas. Hilda was her underling, and it’s only natural that she tries to fill the position. In this world, authority means everything and is seemingly represented by their sexual activity. Girls like Hilda and Zola use sex as a way to show their dominance over the newer recruits.

I still wouldn’t necessarily call Cross Ange a good series, but I’m pretty entertained! I really have no idea what craziness I’ll get in each coming episode. Ange is an interesting main character where she’s so full of herself, making it hard to pity. She went from playing a fallen princess crying woe is me, to a completely independent woman doing whatever it takes to survive, even if it gets on others’ nerves. 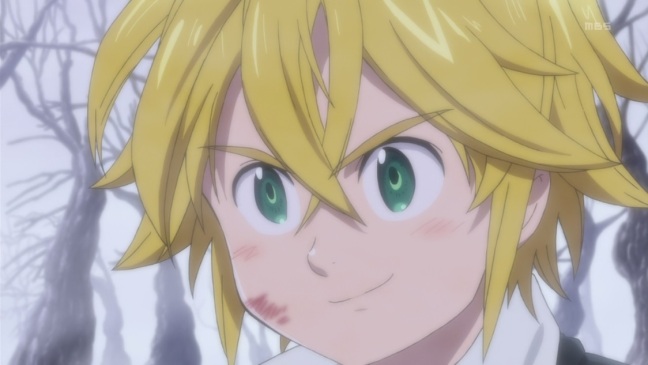 Well, it seems like my thoughts from the previous episode was a bit off. Gilthunder actually was after Meliodas’ head, but Meliodas proved to be too strong. Although, he did sustain real injuries and pushed himself too far for the information. Even if he’s always joking around, Meliodas pushes himself to his limits to help those in need.

We also finally get to learn more about Diane. The entire time, you could see that she was irritated that she couldn’t be my Meliodas’ side. Leaving her kind, she must have had a rough time fitting in. People would see her as a monster, and not as a young girl. Meliodas is the only one who treated her like a normal person, which is why she’s so loyal to her captain. 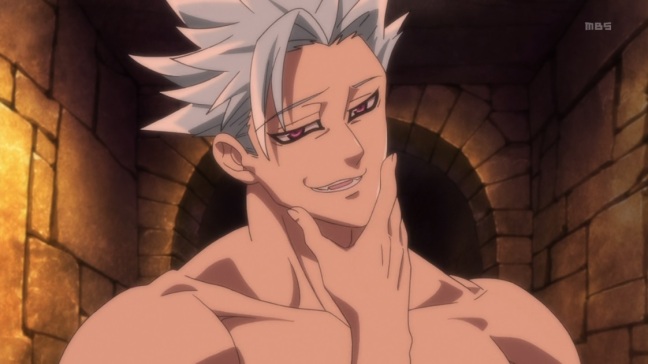 Speaking of loyalty to the captain, we have another Deadly Sin who has broken free from his prison. It seems like he was in their out of his own free will, and possibly convenience. Seeing how he’s drawn to Meliodas, it makes you wonder what kind of leader he was. It’s been ten years, but the Deadly Sins that we’ve encountered so far, are all loyal to their captain.

Well that escalated quickly… We had a lot of build up to this showdown between A and Shinichi, that is resolved with one swift stab. Shinichi didn’t seem to have an issue with Migi killing the other parasite hosts, yet he’s traumatized from stabbing A. He’s not really sure how to classify these creatures. On the surface it’s a human, just like himself or his parents, but mentally, it’s a different creature.

For someone being well into their pregnancy, Ryouko is holding the weight well! On a more serious note, it seems like she’s fed up with trying to co-exist with humans. She tried to understand them better, but she can’t grasp their way of thinking. She’s giving birth to one of their own, yet they’re discriminating against her based on these trivial things (in her mind). To these parasites, the only thing that matters is survival. They could care less about emotional or social aspects of life.

Shinichi’s behavior is worrying his parents. He had always been a good kid, yet now he’s acting so mysterious. While this isn’t uncommon for teenagers, his mother can’t help but be concerned. It’s hard seeing your kid grow up and begin distancing themselves from you. Shinichi’s recent behavior has been rather cold towards his parents.

I can’t shake this uneasy feeling I get watching Shinichi give his parents the cold shoulder. He’s put his mom through a lot of stress and said some hurtful things right before they take off on vacation. Shinichi may have said somethings that he can’t take back and will regret later. Even though they made up before departing, I feel like Shinichi would blame himself if anything happened. Whether it’s not going along with them, or not stopping them from going.

That closes out another week of anime for me! We have two weeks to go before it’s time for a full rundown of the series for my mid season review. Until then though, you can expect my top OP and ED songs for the season in the coming weeks!