Going to keep this week a bit short once again as I begin working on other projects. If you notice the site goes down anytime over this weekend, it’s likely because I’m changing hosts for the site. Anyways, this week I’ll go over Parasyte episodes 8 & 9, Kimi no Uso episode 8, and Cross Ange episode 8 briefly!

Since returning from his trip, where he basically buried his mother, Shinichi has become incredible apathetic. The old Shinichi was this timid, nerdy kid who had a big heart, even if he wasn’t able to protect everyone. It feels as if both Migi and him are becoming one. Everyone is beginning to fear him, since this lack of emotions is unlike human behavior. Murano is constantly questioning whether he’s the same person anymore, especially after disposing of the dog. The old Shinichi was very sympathetic, and intervened previously to save a poor animal. Now he’s disposing of the corpse the second life has left it, and treating it as an object, rather than a living thing.

The other parasites have taken a strong interest in Shinichi. Tamiya Ryouko has Hideo keep tabs on Shinichi’s progress. These parasites seem as clueless as the human race, when it comes to discovering the meaning of life. All they’re concerned about is their own survival, and Ryouko believes Shinichi may lead them to an answer. They can only continue with this type of lifestyle for so long before the humans hunt them down. They are hoping that Shinichi can help them bridge the gap, and potentially coexist peacefully with the humans.

Yuuko certainly knows how to set off death flags… She begins to suspect Hideo of not being a human, yet she continues to tail him… alone… and without consulting anyone else. I guess her hormones have the best of her, and they’re clouding her judgement. She keeps witnessing convincing evidence that Hideo is a parasite, yet she keeps on denying it. Despite falling for him (without ever interacting with him once), she tries to get him to leave without having to resort to force. 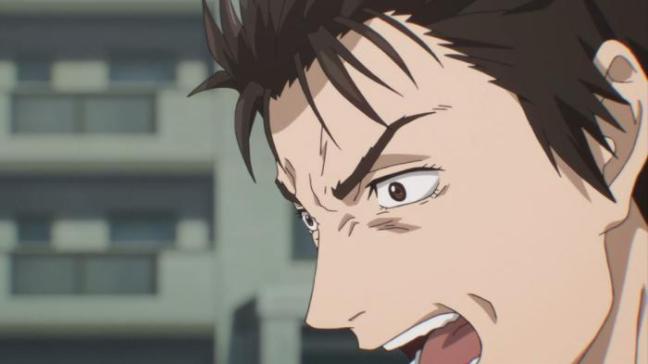 Shinichi also finally snaps this episode. Murano has been pestering him all of this time, whether or not he is really Shinichi. He knows that some things have changed, but deep down he’s still Izumi Shinichi. Yet, here we have his father, Kana, and even Murano, the girl who is supposed to know him the best, constantly questioning him.

Seeing how secretive the government is being about the incidents, it makes it even harder for Shinichi to come clean to those close to him. To the public, these parasites are seen as monsters, which makes it harder for people to discriminate Shinichi and Migi from them. On top of that, it seems like they’re interested in obtaining live samples to experiment on. Even if Shinichi approached the government to help them, he’d only be compromising himself. 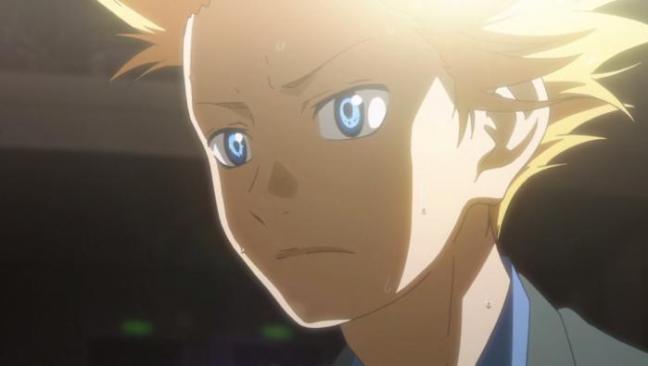 It’s finally time for some more performances! I’m really enjoying how they’re taking their time and expanding on these characters, rather than just calling them rivals. Takeshi was initially drawn to Arima’s perfection while playing. Since witnessing it, Takeshi strives towards the same perfection that Kousei had reached. He was able to grow as a musician, thanks to the bar set by Kousei. 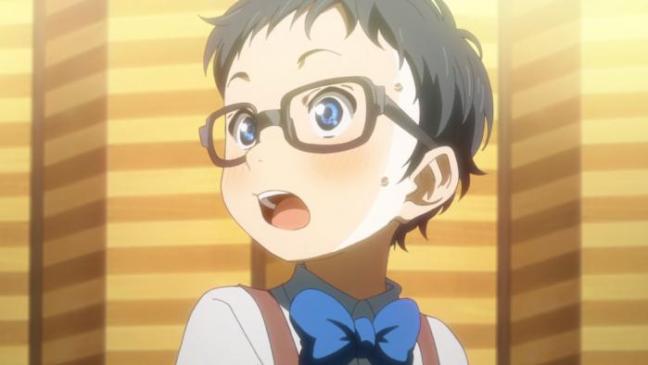 Through Emi’s memories, we get a glimpse into what a young Kousei was like. We’re already familiar with him being dubbed, the human metronome, but we never saw his very first performance. It seems like he’s sort of reverting back into his old self. He was nervous, but not serious when it came to playing on the big stage. This was probably before he had sheet music drilled into him day in and day out. That was the last time anyone had heard the real Arima Kousei’s music, and not just a replica of an original piece. 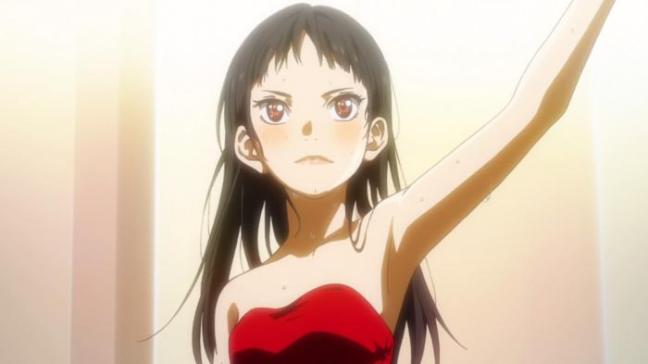 Emi was so moved by his performance that she began playing the piano. Her style is reminiscent of Kaori’s, wild and yet full of passion. She doesn’t care for competition results, but plays to convey her emotions. Two people who were deeply molded by Kousei’s music, but in completely different ways. Takeshi admires the perfect Kousei, while Emi admires the unrefined, natural Kousei. I guess we’ll have to wait until next week to see which Kousei shows up to the competition! 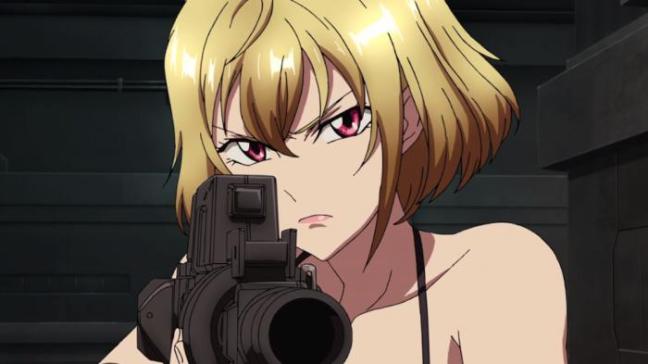 Despite being a fanservice filled bikini episode, we surprisingly got a lot of plot development! Ange is haunted by Sylvia’s phone call. Even though she cut off ties with that world, she can’t just leave her sister behind like that. I guess she still bears the guilt of causing her accident years ago, and has vowed to protect her. Despite not caring about that world anymore, she makes her escape to save her sister. 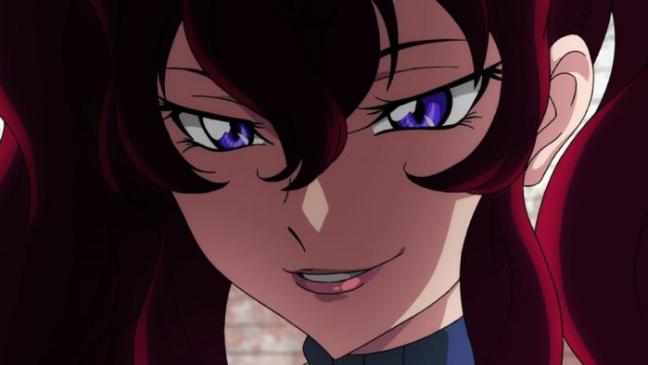 Hilda also gets a ton of character development within the last 5 minutes of the episode. All of this time, she’s been a complete pain in the butt for Ange. I thought it was just her personality, but she’s actually incredibly similar to Ange. Someone who had everything in the other world, and then gets it ripped away. She struggled for ages, surviving at all costs, even if it meant her dignity.

That wraps up my weekly fall 2014 anime review. I really should get in the habit of writing as soon as I watch something, so that these posts are less empty. I guess I make up for it with my other, individual posts (Psycho-Pass, Fate Stay Night) at least!